SURVIVEiT®’s Board of Directors consists of compassionate and professional individuals who serve three-year terms. The board retains fiduciary responsibility for SURVIVEiT®, and will review both the mission-outcomes and financial performance of the organization.

Matt Ellefson, Chairman of the Board – Sioux Falls, SD 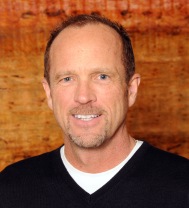 Cancer finds us wherever we are in our lives. Cancer found Matt in the midst of a successful career and among a large, happy family. In the fall of 2009, Matt developed a cough that he couldn’t shake. He didn’t look sick. He didn’t feel sick. So he went on with his life without giving it much thought. Then one morning in December, Matt began coughing up blood. Within hours, Matt and his wife, Melissa, were told that he had late stage lung cancer. They were told that without treatment, he would have eight months to live. With treatment, he faced a five-year survival rate of less than five percent. … Read More of Matt’s Story

Matthew T. Malone, D.O. is a physician and strong advocate for quality cancer care who is board certified in three specialties: Psychiatry, Geriatric Psychiatry, and Hospice and Palliative Medicine. Currently, he is an assistant professor of psychiatry with the University of South Dakota – Sanford School of Medicine. Additionally, Dr. Malone is the medical director at Avera McKennan Hospice and director of the geriatric psychiatry unit at the Avera Behavioral Health Hospital.

Dr. Malone graduated from the University of South Dakota in 1997 with a B.S. in biology with chemistry and psychology minors. He earned his Doctor of Osteopathic Medicine from Des Moines University in 2001 where he was the outstanding graduate in psychiatry and neurology. He then completed an internship in Internal Medicine at the Medical College of Wisconsin in 2002 before completing his psychiatry residency in 2005 at Hennepin-Regions program in Minneapolis. He specialized in geriatric psychiatry from Yale University and worked for Connecticut Hospice in 2006. Increasingly involved in administrative roles to improve healthcare delivery, he completed the Executive Leadership of Healthcare Professionals Certificate with Cornell University in 2011.

Dr. Malone has been recognized both locally and nationally for his dedication to educating patients and staff alike. He won the Delbert L. Brown Award for his teaching at the University of South Dakota. In 2008, he received the South Dakota for the Heroes in the Fight Award from the National Alliance for Mental Illness. In 2010, the American Psychiatric Association presented him the Nancy C.A. Roeske, M.D. Certificate of Recognition for Excellence in Medical Student Education.

Judy Payne is a Madison, SD native. Following her 1981 graduation from Dakota State University in Madison, she served in key leadership positions in South Dakota state government for 26 years under five governors. After leaving state government in Pierre, Payne served as Vice President for Advancement at Dakota State University prior to accepting the position of Executive Director of the South Dakota Public Assurance Alliance, a local government risk sharing pool, where she is currently employed.

Payne has served on a wide variety of national, state, and community organization boards and commissions, and she has been nationally recognized for her work in the risk management field. In 1990, she founded Outdoor Women of South Dakota, a nonprofit organization dedicated to promoting hands-on education and participation in outdoor activities with a primary focus on women and children.

Payne resides in Sioux Falls, SD with her husband, Dennis Doerr. They have five grown daughters and ten grandchildren. In her spare time, Payne enjoys time with family and friends, golf, reading, and the arts.

Kendra Siemonsma has over 13 years of project management experience with an emphasis on strategic initiatives that involve organizational change. Kendra previously served on the board for Family Connection, a nonprofit with the mission to assist children impacted by loved ones in the prison system.

Additionally, Kendra is a Community Impact volunteer for the United Way and board chair of the local project management chapter. In her spare time she enjoys reading, mentoring, and spending time with her family and friends. Kendra is a graduate of the University of South Dakota and currently resides in Sioux Falls with her husband Anthony and two boys.

Doug Bowden has a proven and successful track record as a business and community leader. After finishing a business education, he became owner and CEO of a national video broadcast technology equipment company with 300 engineering, sales and manufacturing employees and numerous international joint ventures and partnerships.

Doug lost his father-in-law to lung cancer and witnessed the challenges his family faced in navigating the VA Hospital system to receive treatments and care. Shortly after losing his father-in-law, Doug took on the role of caregiver as his father battled prostate cancer, a battle he lost on October 25, 2007. After experiencing these devastating losses, Doug made a commitment to help end this disease.

After selling his business in 2009, he sought out executive volunteer work with LIVESTRONG® and put his commitment into action by working with their corporate staff in Austin, TX. Doug’s other nonprofit experience includes founder and current president of TLC Tallgrass Addiction Recovery Center and Sober Living Homes, United Way Volunteer Marketing Director, and advisor to the family-founded Bowden Youth Center.

Mr. Kellner co-founded the Precision Medicine Network™ to enable the widespread adoption of precision medicine throughout the healthcare system. Powered by Crosswalk Insight™: Oncology, a patent pending knowledge visualization platform, the company is accelerating the integration of the science, technology and multidisciplinary collaboration that enables Fluency in the language of Precision Medicine™ and underpins the broad, rational and accelerated adoption of precision medicine globally.

Mr. Kellner is an entrepreneurial leader with more than 20 years experience financing, starting and globally scaling data-intensive businesses. His previous experience includes roles as a strategic advisor to genome technology and healthcare services companies, and consulting to several Harvard-affiliated hospitals for the planning and implementation of advanced clinical diagnostic services. Mr. Kellner also designed and built the Global Financial Services business while at The Nielsen Company. Prior to his work building data businesses, Mr. Kellner began his career in Financial Services leadership positions, including Institutional Bond Sales and Investment Banking with both RBS Capital Markets and Bear Stearns. He holds a Bachelor of Arts degree in Economics from the University of Massachusetts at Amherst. 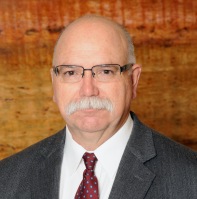 Larry Roher is a Sioux Falls native and a graduate of Lincoln High School and the University of Sioux Falls. He and his wife Marilyn share their lives with four children and nine grandchildren. Larry brings over 35 years of media production, management, and marketing experience to SURVIVEiT and has worked the past 25 years with South Dakota Public Broadcasting. Larry has developed numerous local production initiatives and partnerships, Internet services, and transitions to digital broadcasting. He currently serves as assistant general manager and director of media content for SDPB Radio, Television, and Internet & Educational Services. He also works daily with Friends of South Dakota Public Broadcasting in development, marketing strategy campaigns, and fundraising events.

Larry’s other nonprofit and volunteer experience includes serving as co-founder and board chairman for Honor Flight South Dakota. Honor Flight South Dakota was an organization that provided WWII Veterans with free trips to visit the recently completed National WWII Memorial in Washington DC. Over the course of four years, Larry and his team raised 1.6 million dollars and completed 12 charter flights from South Dakota providing the two-day trip to nearly 1,400 area WWII Veterans. 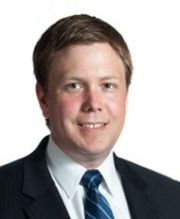